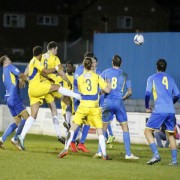 City’s most famous match was on 22 November 1922 in a fourth round qualifying FA Cup match. Having been held by Dulwich Hamlet to a 1–1 draw at Clarence Park on 18 November, the replay drew a gate of 4,060. City’s New Zealand-born goalkeeper W. Tennant did not appear, his place taken by Alf Fearn who was usually a half-back with the reserves. Dulwich put eight goals past him, the winning goal coming in near darkness at the end of extra time. What put the game in the record books was that City scored seven times, with all seven goals being scored by Wilfred Minter. His feat remains the highest tally by a player on the losing side of an FA Cup tie. 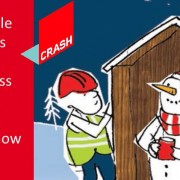 FOMAC are supporting CRASH’s No Christmas Card Appeal. CRASH is the construction and property industry’s charity for homeless people.

With the UK bracing itself for a record cold winter, many of us take solace in the knowledge that Christmas will be spent in an environment of warmth, kindness, support and love. For the thousands of homeless in the UK, the festive period has different associations: Isolation. Rejection. Fear. Uncertainty.

As such CRASH is again appealing to the industry to make a practical contribution as part of its No Christmas Card Appeal. As always, the premise for the appeal is very simple: CRASH is asking companies to donate their full Christmas card budget. The money raised will then enable CRASH, through its unique relationship with its patrons, to construct and renovate emergency night shelters, hostels, day centres, hospices and move-on accommodation, providing a safe and welcoming refuge for people in need, not just for Christmas, but throughout the coming year and beyond.

END_OF_DOCUMENT_TOKEN_TO_BE_REPLACED 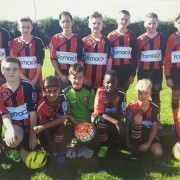 Crayford Arrows Black Under 13’s team has gained a new supporter in the shape of leading specialist recruitment company FOMAC.

The specialist construction recruitment agency is sponsoring the junior football team, which plays its home matches in Bakers Field, for the current 2015 season in the Selkent League. The young soccer stars will sport their kit in their upcoming match against Phoenix Sports Lions this Sunday 06/12/2015.

Under 13’s Team Coach Danny Jinks said: We are really grateful to FOMAC, without companies like this sponsoring junior teams like ourselves with new kits it would be very difficult and expensive. I have been a coach for this team  for some time and it has been a pleasure to see them develop and grow. Many thanks to FOMAC for allowing us to look the part, play football and enjoy it with confidence.“